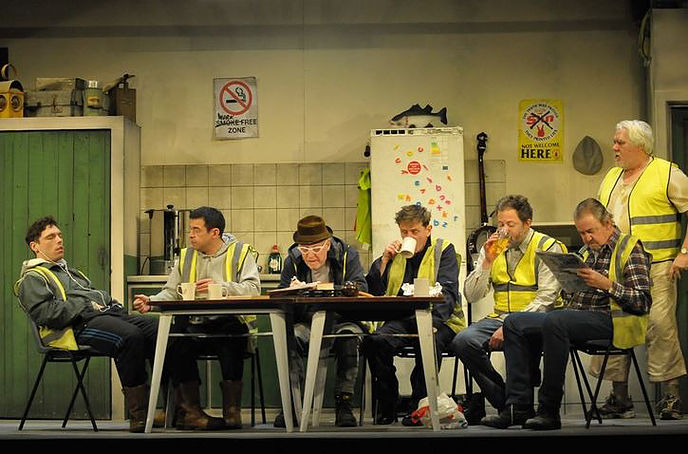 Council Depot Blues returns to the Royal Court, Liverpool after 8 years with most of the original cast.

Running from 23 February to 24 March 2018, Dave Kirby’s comedy is set in the city council’s Excrement Eradication Department and is Stan’s last day on the job of clearing houses after the dearly departed have travelled beyond the grave leaving nothing behind but busted sofas, faded photos and worthless heirlooms.

The action, played out on Billy Meall’s set, is built on The Revolving Stage Company’s 9m diameter revolving stage with surround.  The movement of the revolve is operated by their own programmable software; RevolveSolve which is Windows compatible.