The Return of Ulysses, Roundhouse 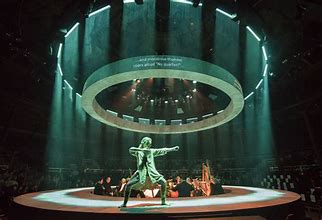 In January 2018 the Royal Opera and the Roundhouse collaborated on a production of Monteverdi’s work The Return of Ulysses.  Christopher Cowell’s new English version with John Fulljames directing, tells the story of the eponymous war hero who returns to his homeland of Ithaca after many years away fighting in Troy.  When Ulysses enters his palace in disguise, he discovers that his wife Penelope is beset with suitors who want to usurp him and a dramatic tale of love, honour and vengeance unfolds.

Performed in the round, the action unfolded on The Revolving Stage Company’s 6.5m to 11m diameter double revolving circular stage with a concentric pit that revolved very slowly in the opposite direction.  In the pit presided Christian Curnyn surrounded by his musicians. 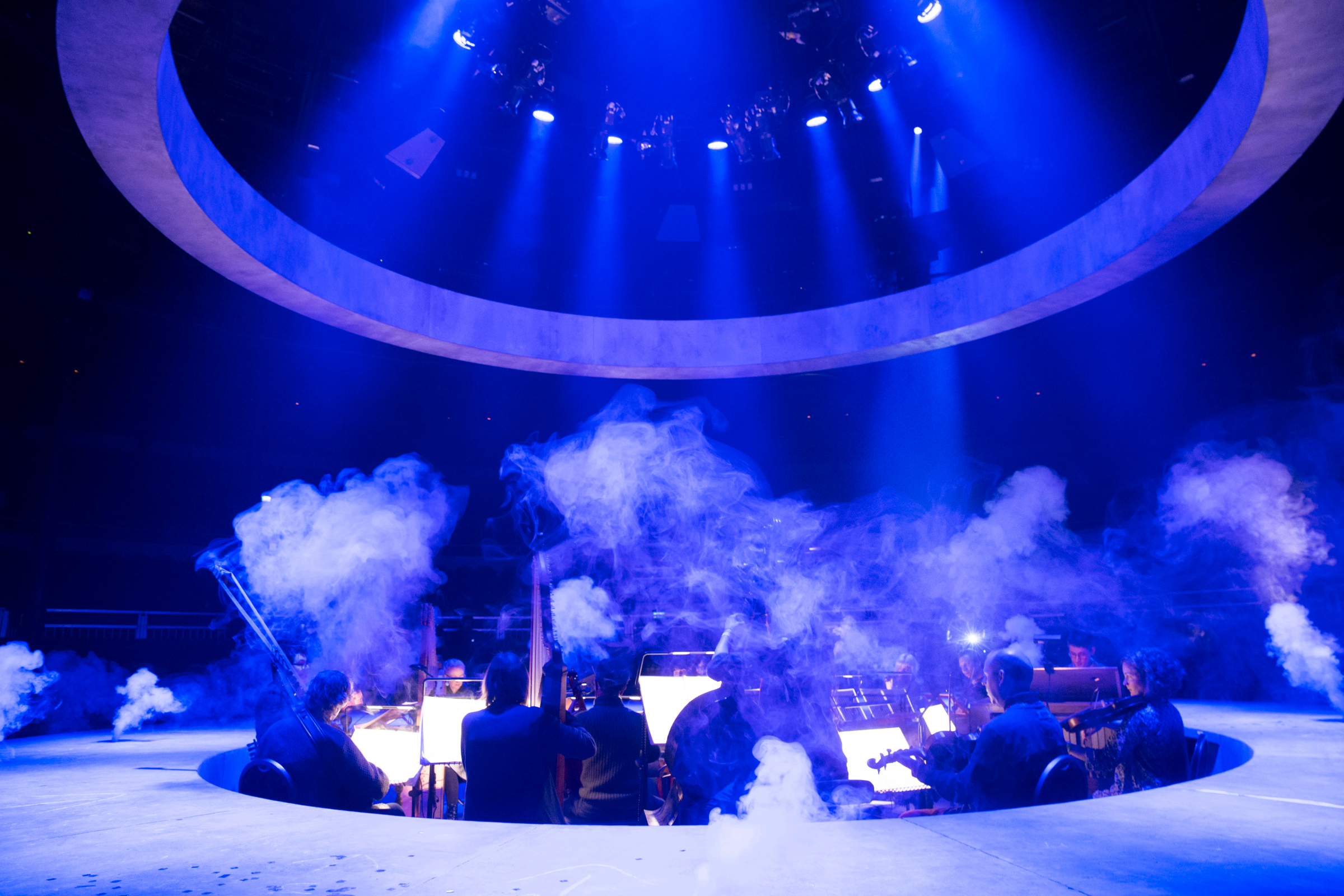 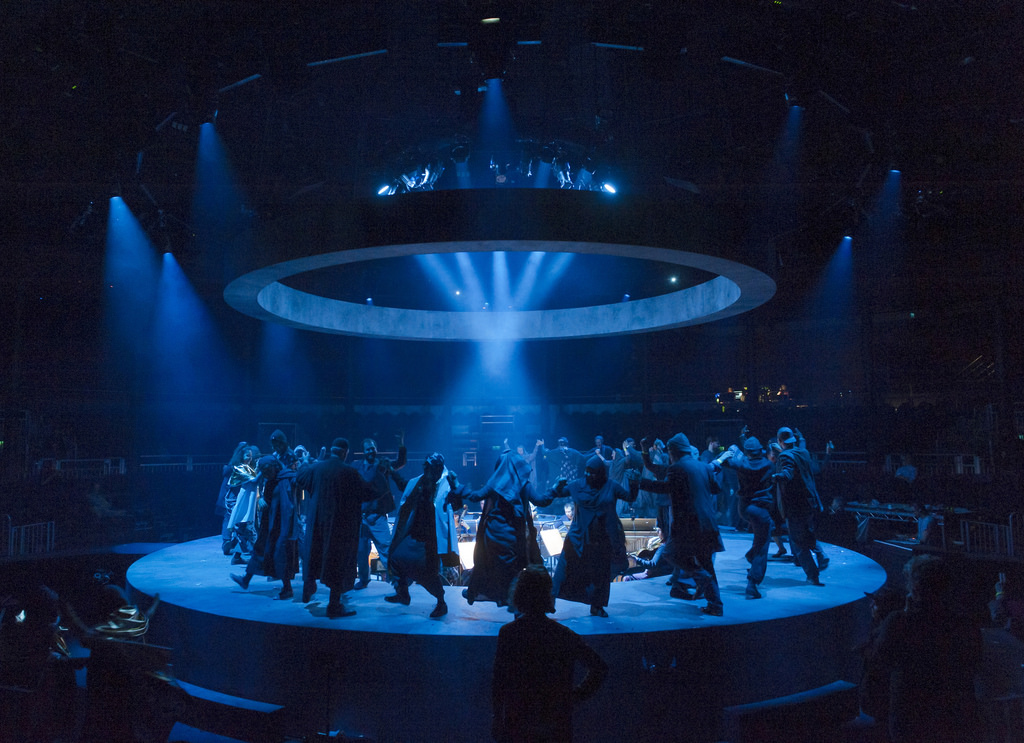