A Revolving Kaleidoscope in Oxford 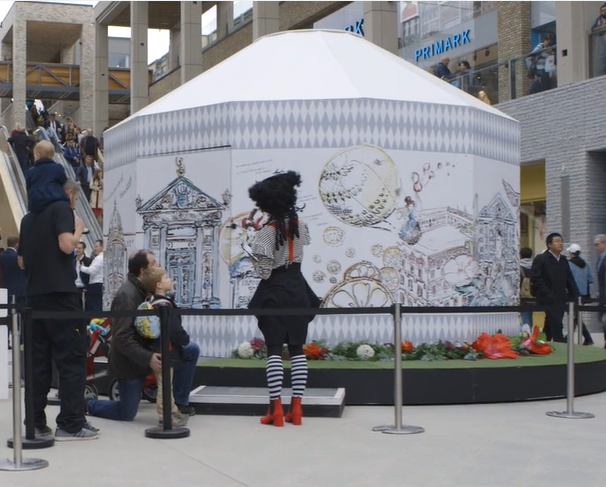 The day a 4m to 6.6m diameter double revolving stage from The Revolving Stage Company became a three-dimensional kaleidoscope!

The ride was one of the Alice’s Adventures in Wonderland-themed theatrical “experiences” designed to inject some pizzazz into the opening of Westgate in Oxford.  The £440m new shopping centre opened in October 2017 and replaces the city’s rundown 1970s layout.