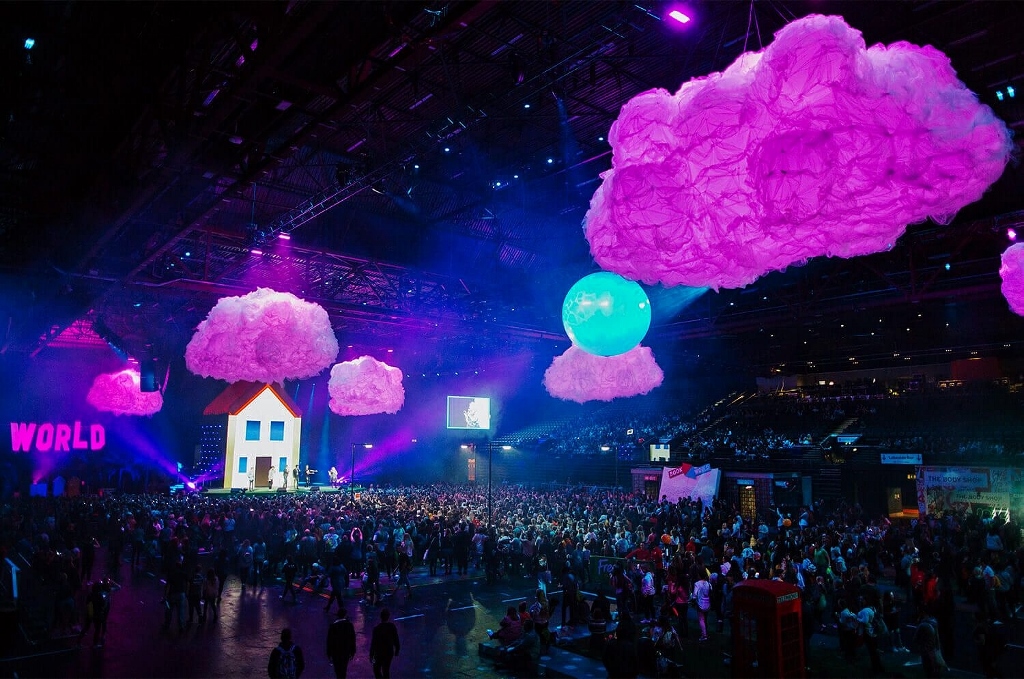 Birmingham’s Genting Arena played host to HelloWorld on Saturday, 28 October and Sunday, 29 October 2017.  The show featured some of the biggest YouTube stars in the world and was described as where the online world collided with the real world.

The Revolving Stage Company supplied a 10m diameter revolving stage and part surround stage for the event and a large-scale house was constructed on top.  This was rotated 180° to reveal the main stage for the afternoons events. 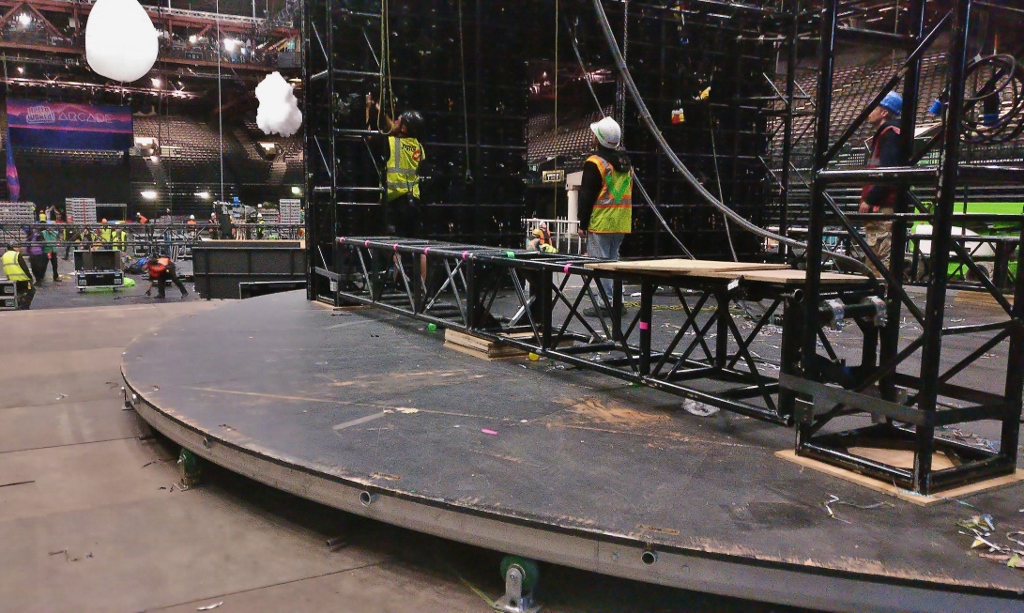