Foo Fighters in Concert at Wembley 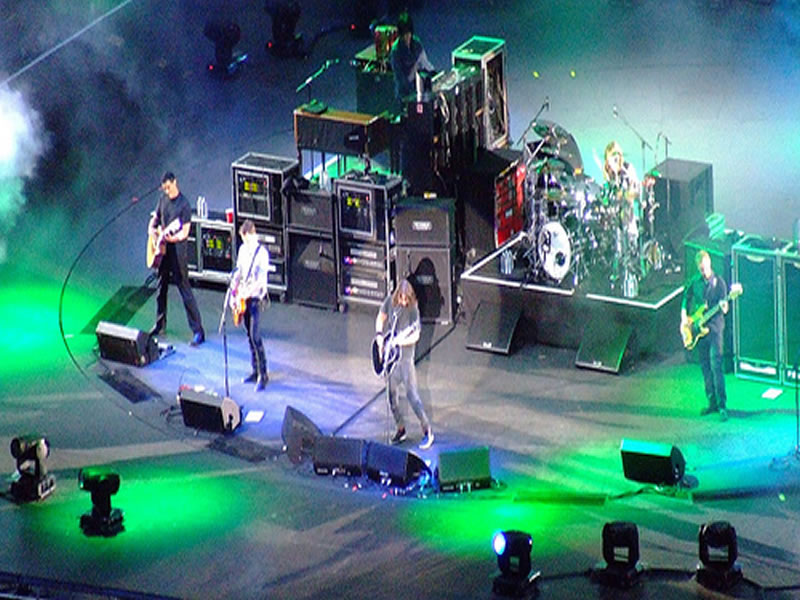 The Foo Fighters current tour took them to Wembley Stadium in June, where they performed two nights in the round to a 90,000 audience. Breaking away from the traditional stage set up, the stage was positioned in the centre of the pitch and the Foos performed on our 17m diameter revolving stage, as the band played they were rotated around 360 degrees for the whole of the Wembley crowd to view, the stage also moved in 90 degree movements as songs were played to the four sides of the terrace.  Take a look at the stage in action: