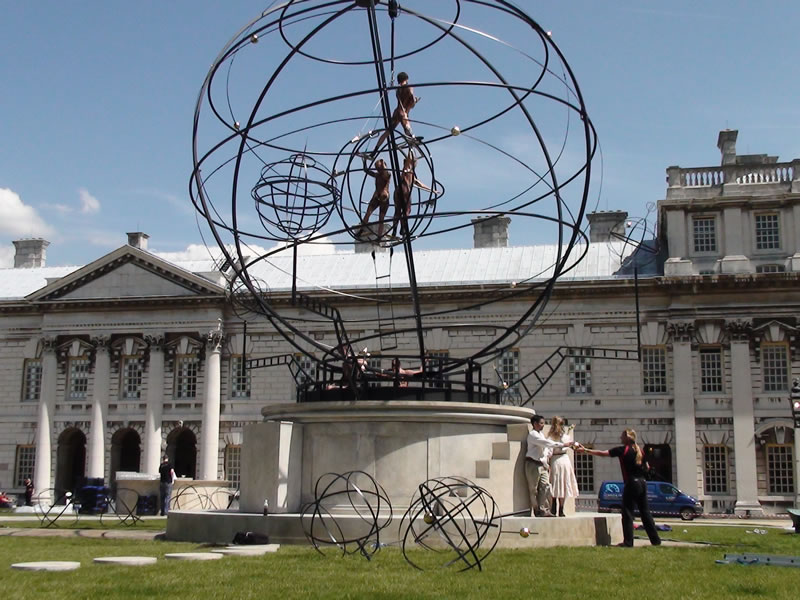 The Royal Naval College in Greenwich played host to this years ARK Charity Gala where celebrities including Tony Blair, Stevie Wonder, Simon Cowel, Uma Thurman and Bob Geldoff paid up to £100,000 per table to dine at the fundraising event of the year, over 25 million pounds was raised on the night.

Outside in the ground of the Royal Naval College, a purpose built podium was used to support a 4.7m diameter revolving stage with a 3.6m diameter revolving stage positioned on top of that. The whole display was a representation of the solar system with acrobats performing within the display. The lower revolve supported 4 arms which rotated the moons in one direction while the main sphere was rotated the opposite direction on the 3.6m revolve. Also in the courtyard a 1.8m dia. revolve was used to rotate a single acrobat.