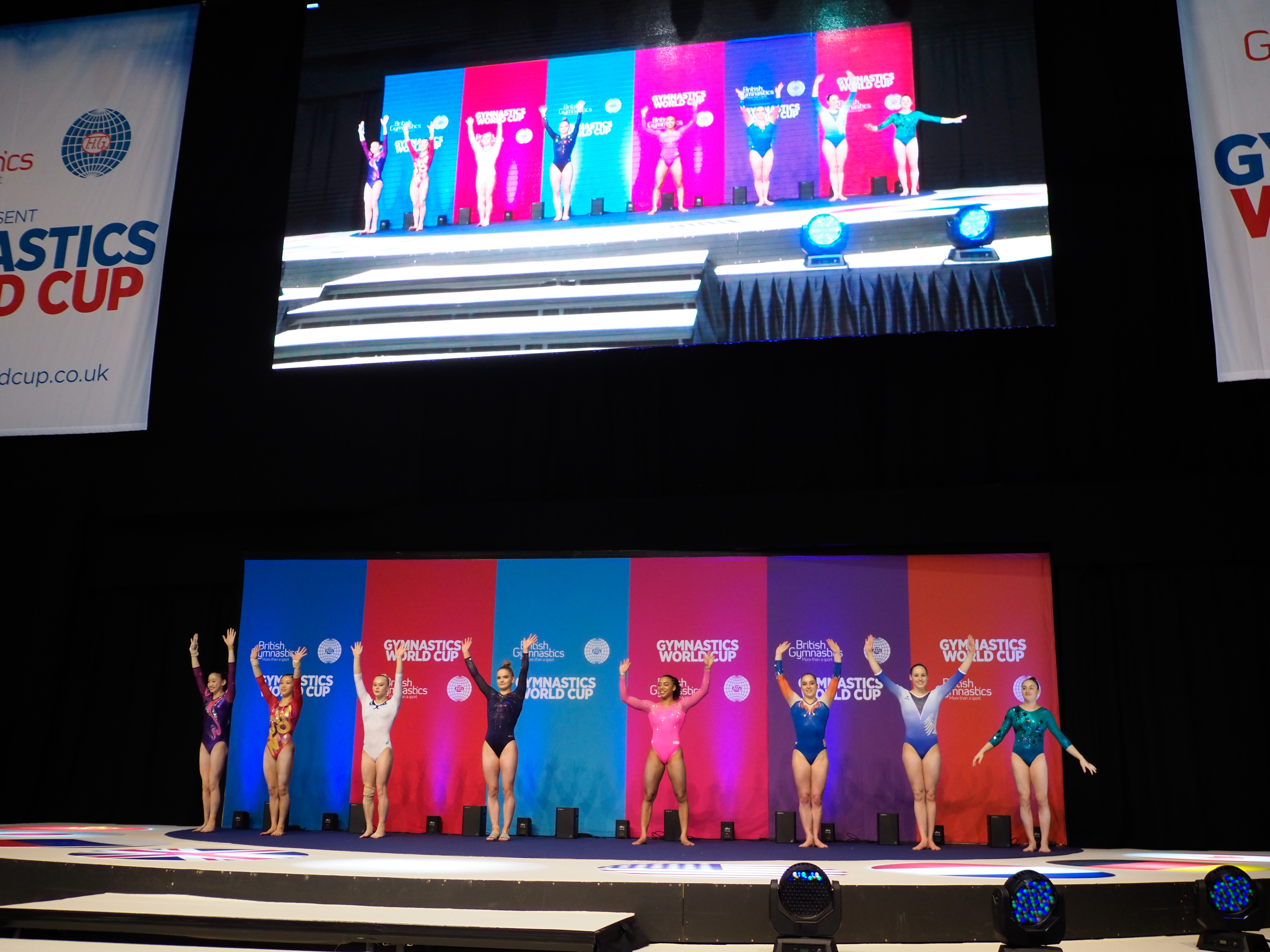 The Gymnastics World Cup 2018 has been hailed as major success for Birmingham who will host the 2022 Commonwealth Games.

Over 10,000 fans packed the Arena Birmingham to watch top gymnasts from nine countries, including local stars Dominick Cunningham and Alice Kinsella, battle it out over two nights of competition.

The event saw gymnasts take part in the all-around competition which for the men included the floor, pommel horse, vault, rings parallel bars and high bar and whilst the women competed on the floor, beam, vault and uneven bars.

The main stage was built using The Revolving Stage Company’s triple revolve measuring 4.7m to 9.1m to 13.5m in diameter.  The centre circle and middle ring were joined together and moved independently to the outer ring.  This enabled the stage to have multiple uses; introduction to the athletes, the medal presentation and then spun round to host the evening’s entertainment. 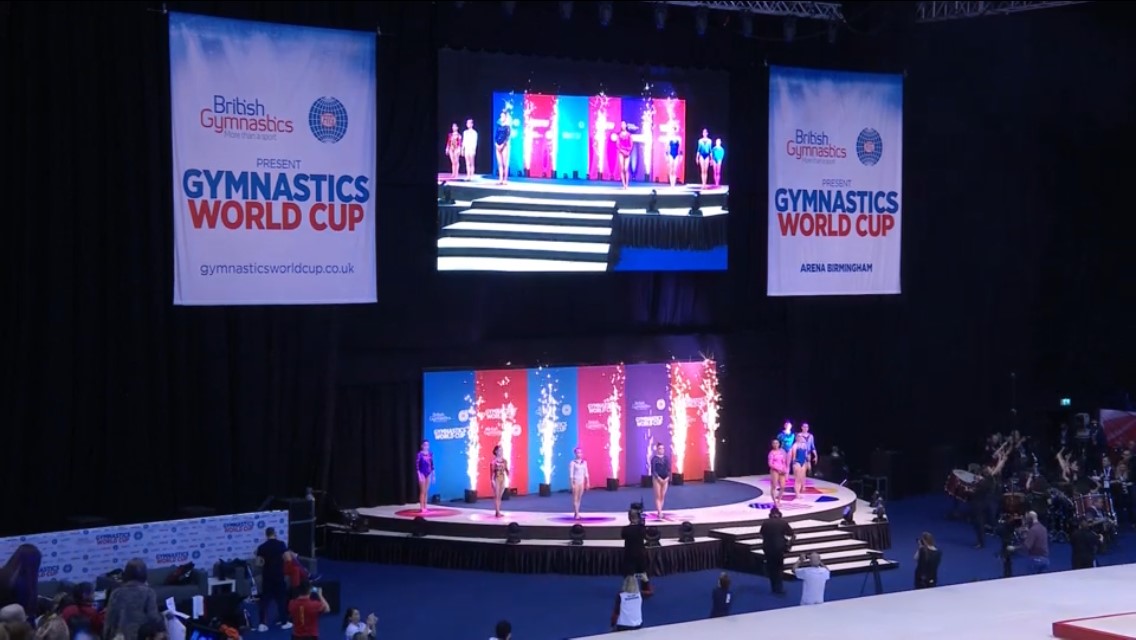 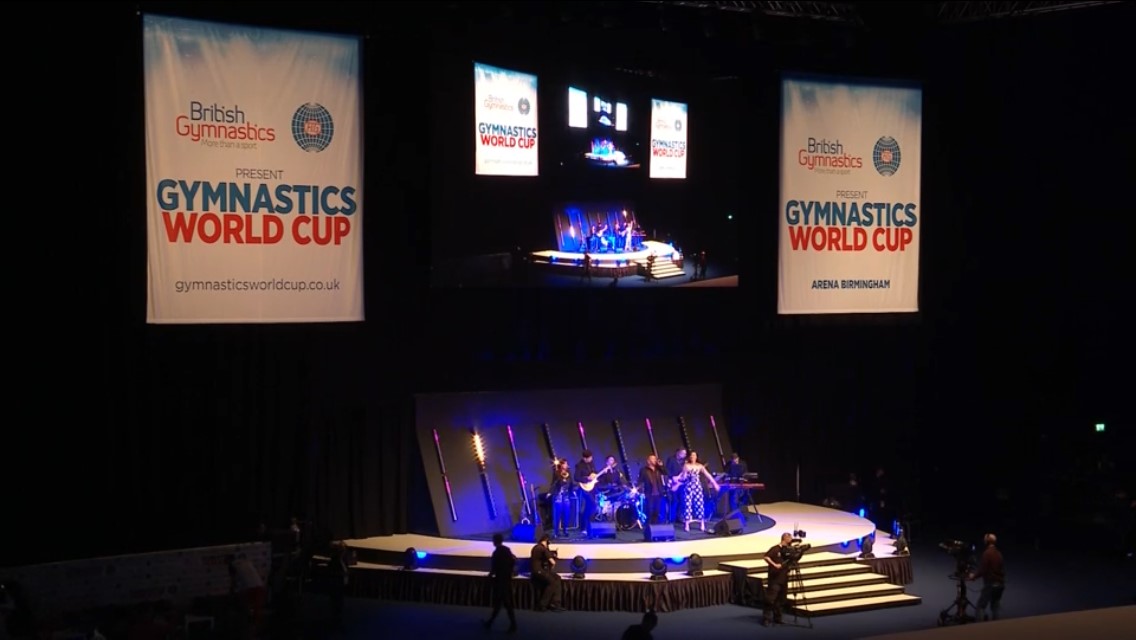