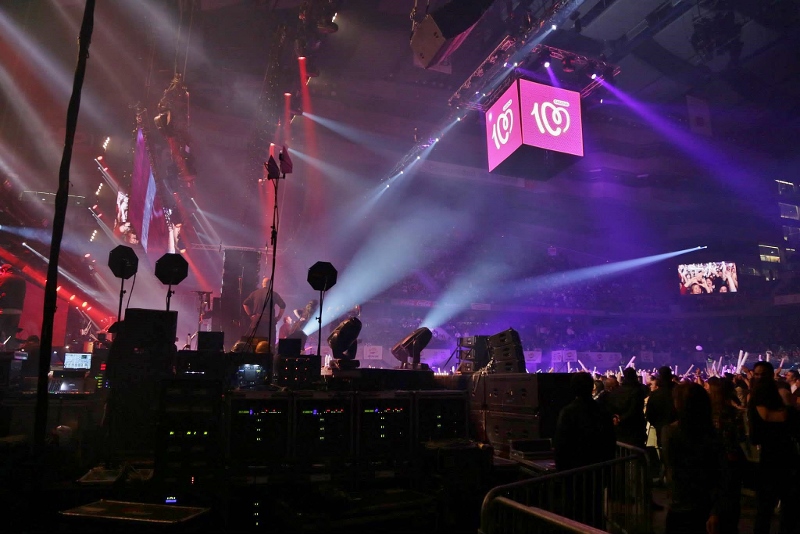 A 10m diameter revolving stage with surround stage was installed at The Palacio de Deportes in Madrid for the 2014 Cadena 100. The concert held each year in Spain is a music concert where multiple acts perform throughout the evening. The 10m dia. revolving stage was used with an LED screen dividing the stage in half, as one act played, the next act is set up behind the screen and then rotated 180 degrees to perform, the process enables a quick and smooth turnaround of multiple acts in one show. 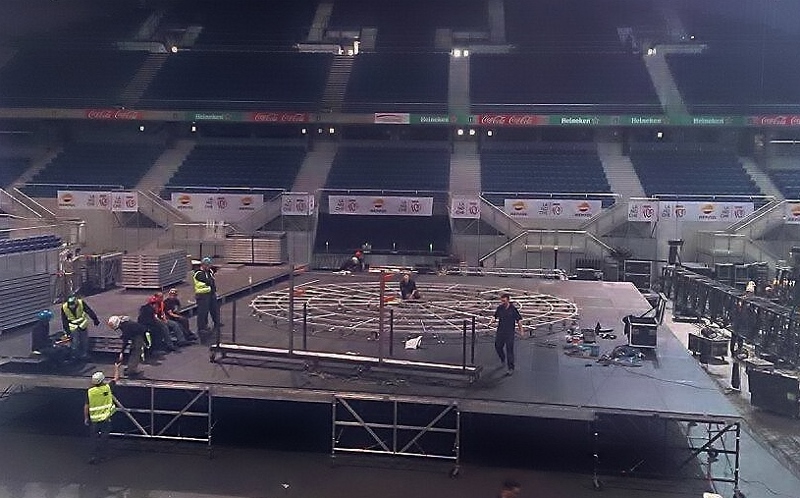