Time For Change at Twickenham 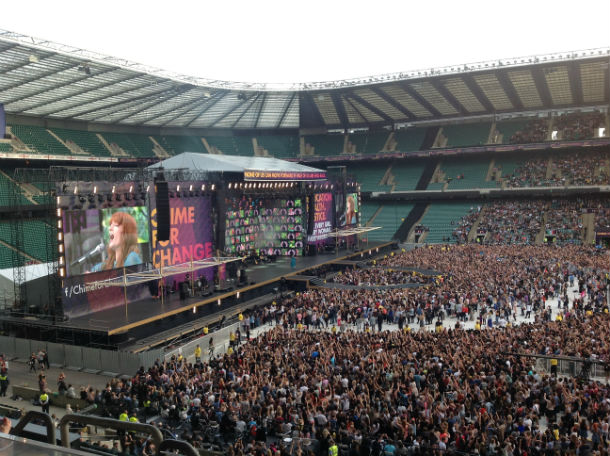 The Revolving Stage Company supplied a 17m diameter revolving stage and static surround stage for the ‘Time for Change’ concert at Twickenham Stadium.

Headlined by Beyonce, the concert included multiple artists over the course of the evening. The revolving stage was used so that one act could be set up with their equipment behind the flying LED screen on the rear half of the revolving stage, while another act played before the crowd, the next act could then be quickly and seemlessly revolved to the front of stage ready to peform and with no delays between acts for setting up. 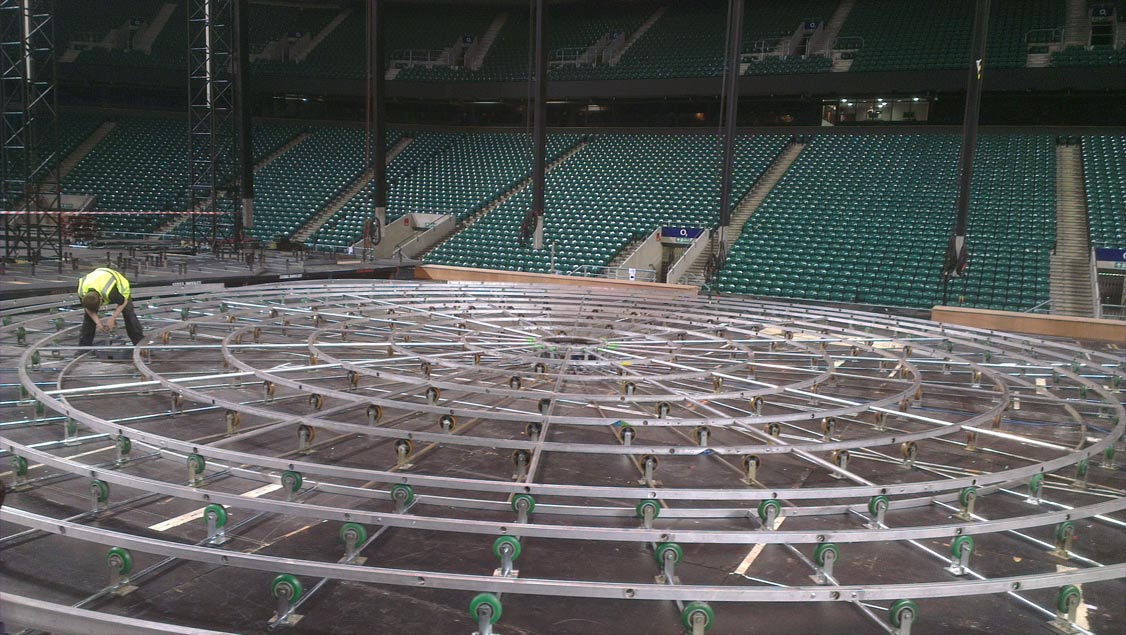