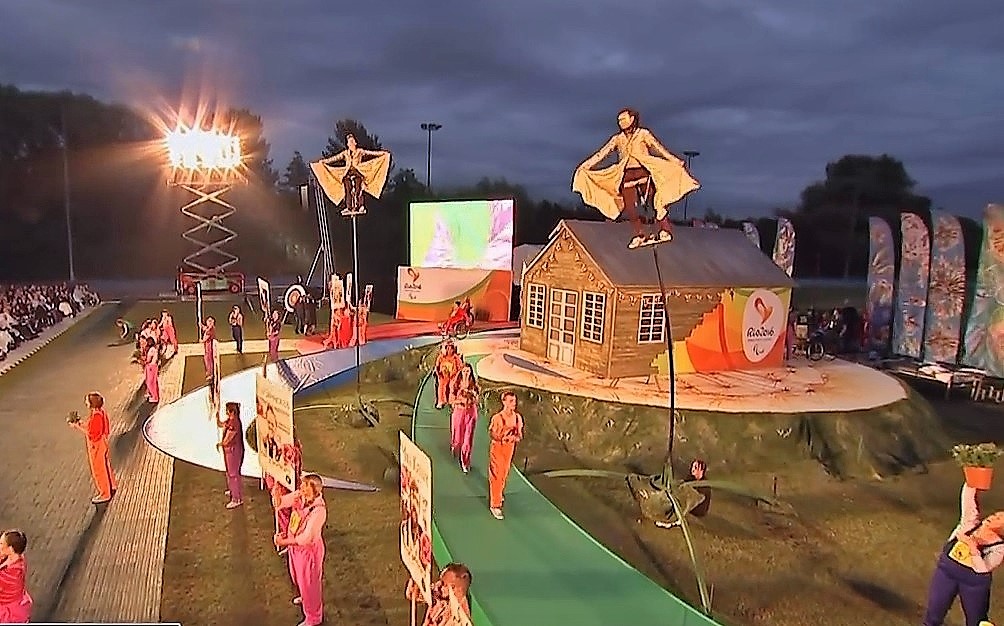 Brazilian Carnival came to the English countryside on Friday, 2 September, at a spectacular lighting ceremony for a special heritage flame at the birthplace of the Paralympic movement; Stoke Mandeville in Buckinghamshire.  The ceremony followed a theme entitled ‘The Seeds of Diversity’ and was inspired by the story of the first Stoke Mandeville Games, imagining that in 1948 a seed was planted, which has now spread around the world.

The ceremony was devised and directed by Bradley Hemmings, who also co-directed the opening ceremony to the London 2012 Paralympic Games. It featured an integrated cast of professional and volunteer performers with and without impairments.

The Revolving Stage Company supplied a 9m diameter revolving stage with static circular surround stage measuring 12.2m diameter on which ‘Ward X’ was recreated from 1944 for this ceremony.

At the climax of the ceremony British wheelchair racing legend Tanni Grey-Thompson used the flame to light up the Rio 2016 Paralympic torch.