Our LARGEST Revolving Stage has its debut!! 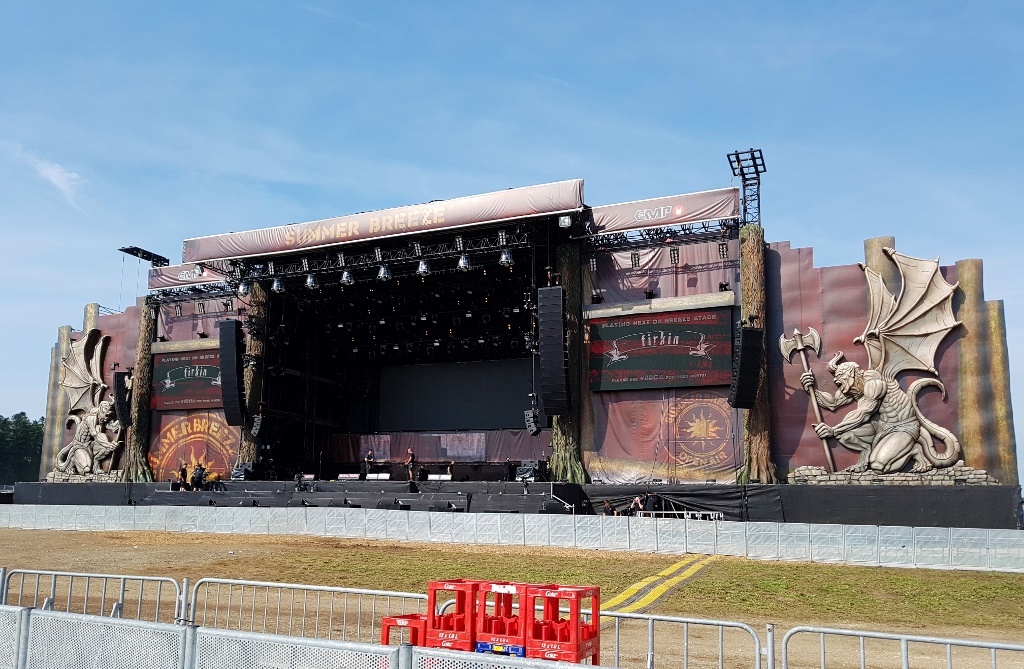 Having flown all of the crew out to the event, it took a day to install the enormous revolving stage. One of The Revolving Stage Company’s operator Russ Stretton remained at the week-long event to oversee the smooth running of the stage. 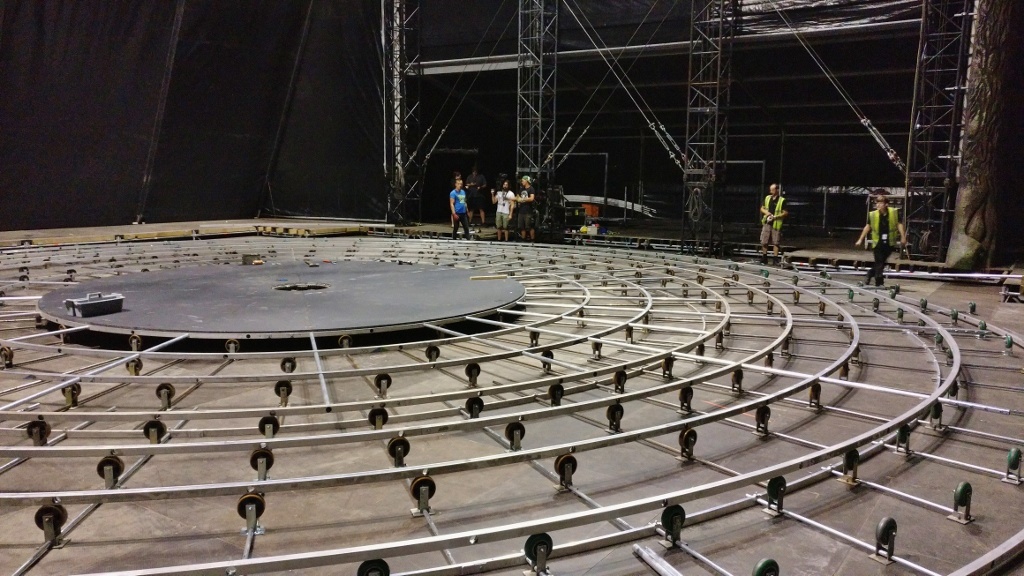 The revolving stage was split into two halves by a dividing curtain and this enabled the show organisers to set up the next band behind the scenes while another band was performing to the audience.  With this facility, the festival were able to perform on one stage instead of two stages which they’ve used since the first festival in 1997. 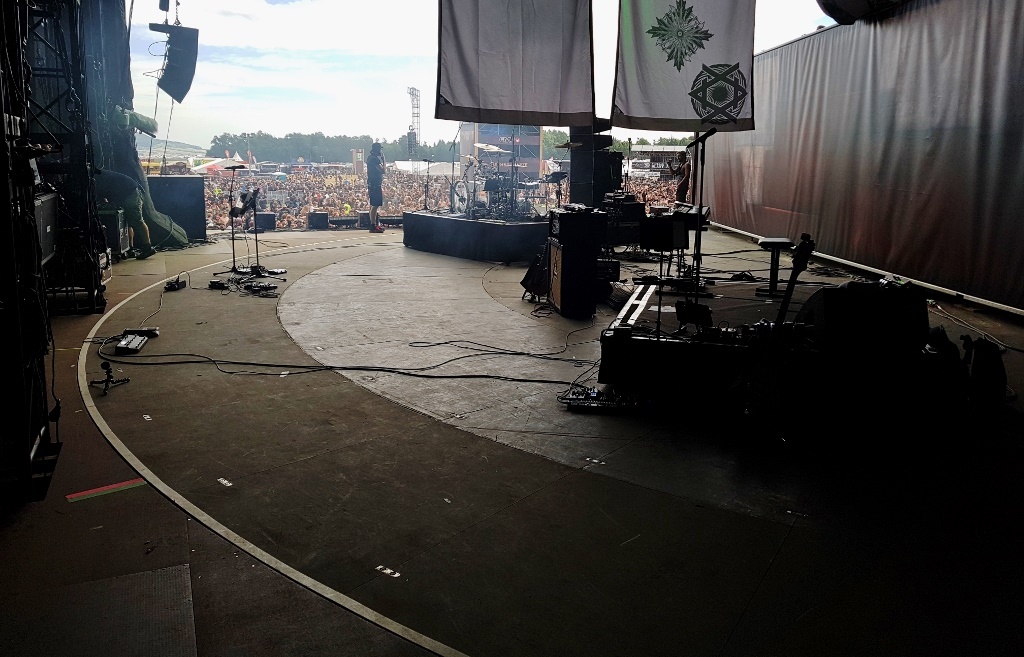 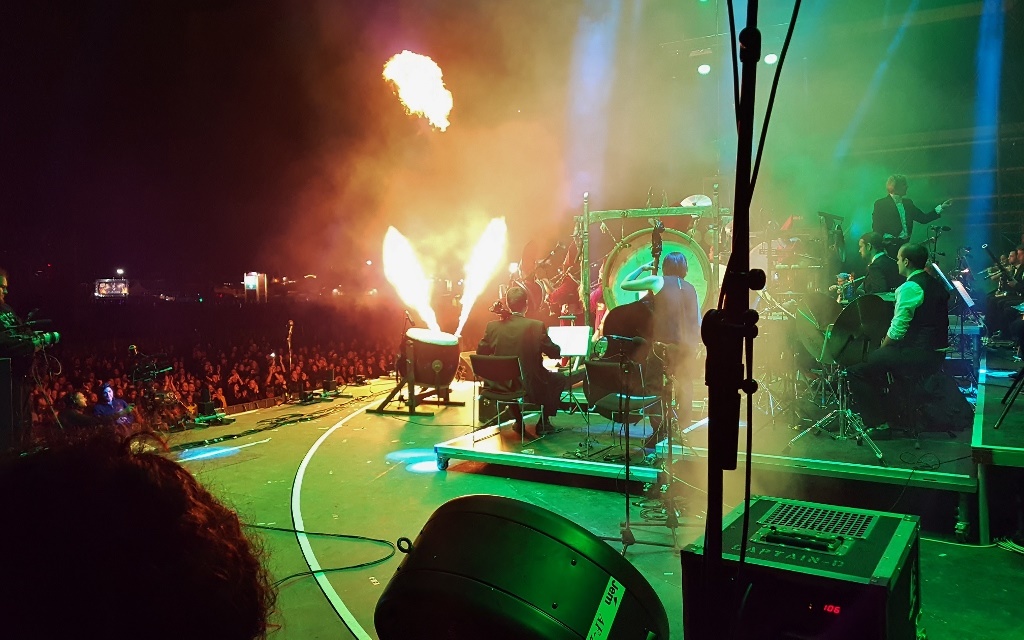