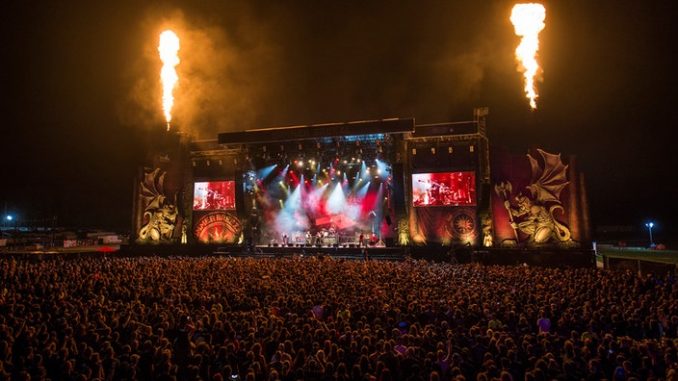 One year on, our largest revolving stage at 20m diameter returned to the Summer Breeze Festival 2018 in Dinkelsbuhl, Germany.

The whole team from The Revolving Stage Company made the flight over to install (and derig a week later) this huge stage which took approximately 7 hours to construct.

The team then returned to the UK leaving one of our operators out there to assist and advise on the operating of the revolving stage throughout a week of rehearsals and climaxing in the 3 day festival.

As with last year, the production team constructed a curtain divide down the centre of the revolving stage allowing one band to be perform to the audience while the next band prepared their set behind the scenes.

The Revolving Stage Company and their 20m diameter revolving stage will be back next year for the 2019 Festival! 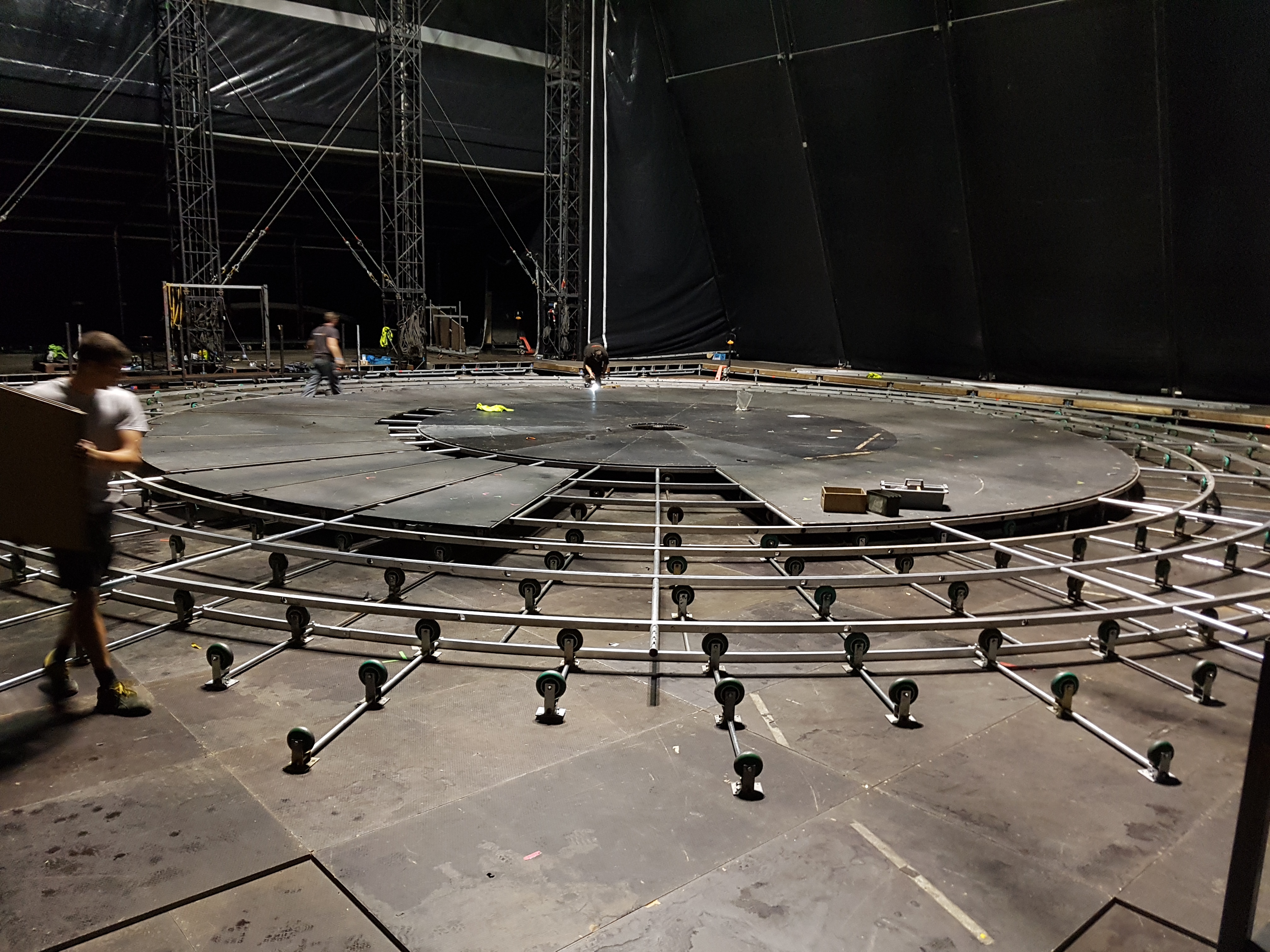