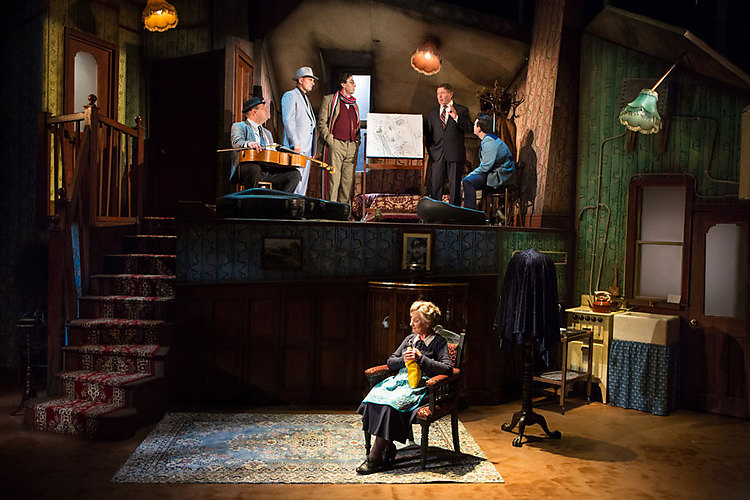 In September 2017 the New Wolsey Theatre, in a co-production with Salisbury Playhouse and Queen’s Theatre, Hornchurch, staged Graham Lineham’s adaptation of the classic Ealing comedy Ladykillers.

The impressive set was constructed on The Revolving Stage Company’s 7m diameter revolving stage and surround.

Powered by stage-hands in time-honoured fashion, the house opened like a book to reveal a richly detailed interior and revolved for the audience to see every level from the basement to the roof-top.