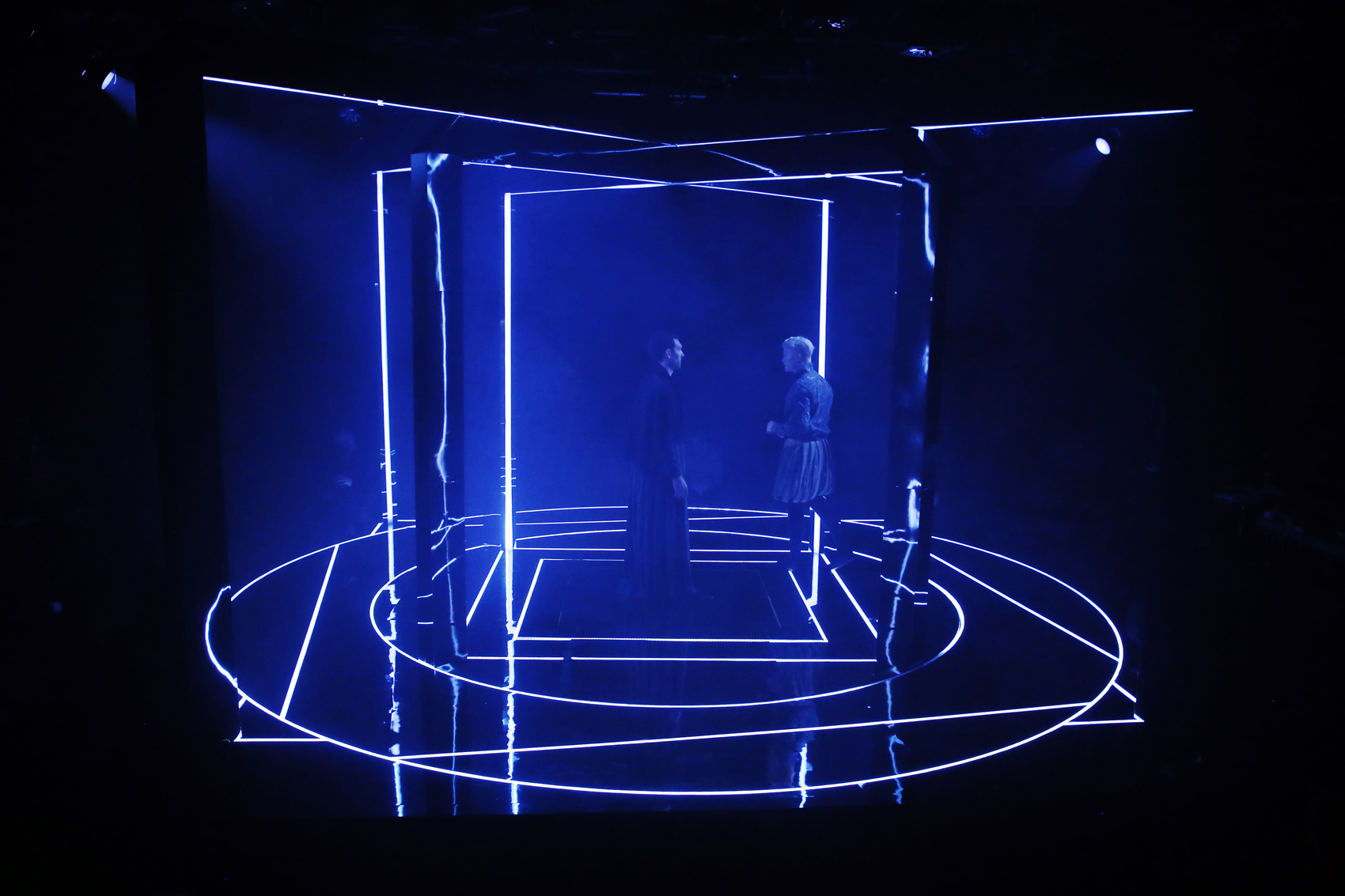 This world premiere opened at Nuffield Theatre, Southampton on 9 September.  Written by award-winning play writer Nick Dear, it explores the relationship between William Shakespeare and the Earl of Southampton; what exactly did happen between them?

This dramatic set was designed by Alex Lowde and saw The Revolving Stage Company’s ‘double revolve’ measuring 4m to 6m diameter transform the auditorium into an intimate setting that placed the audience on the stage at the heart of the performance and it’s two players on a mirrored set that sometimes rotated round and sometimes rose up!

The moving set very much created the mood of the production with its lifts and turns. 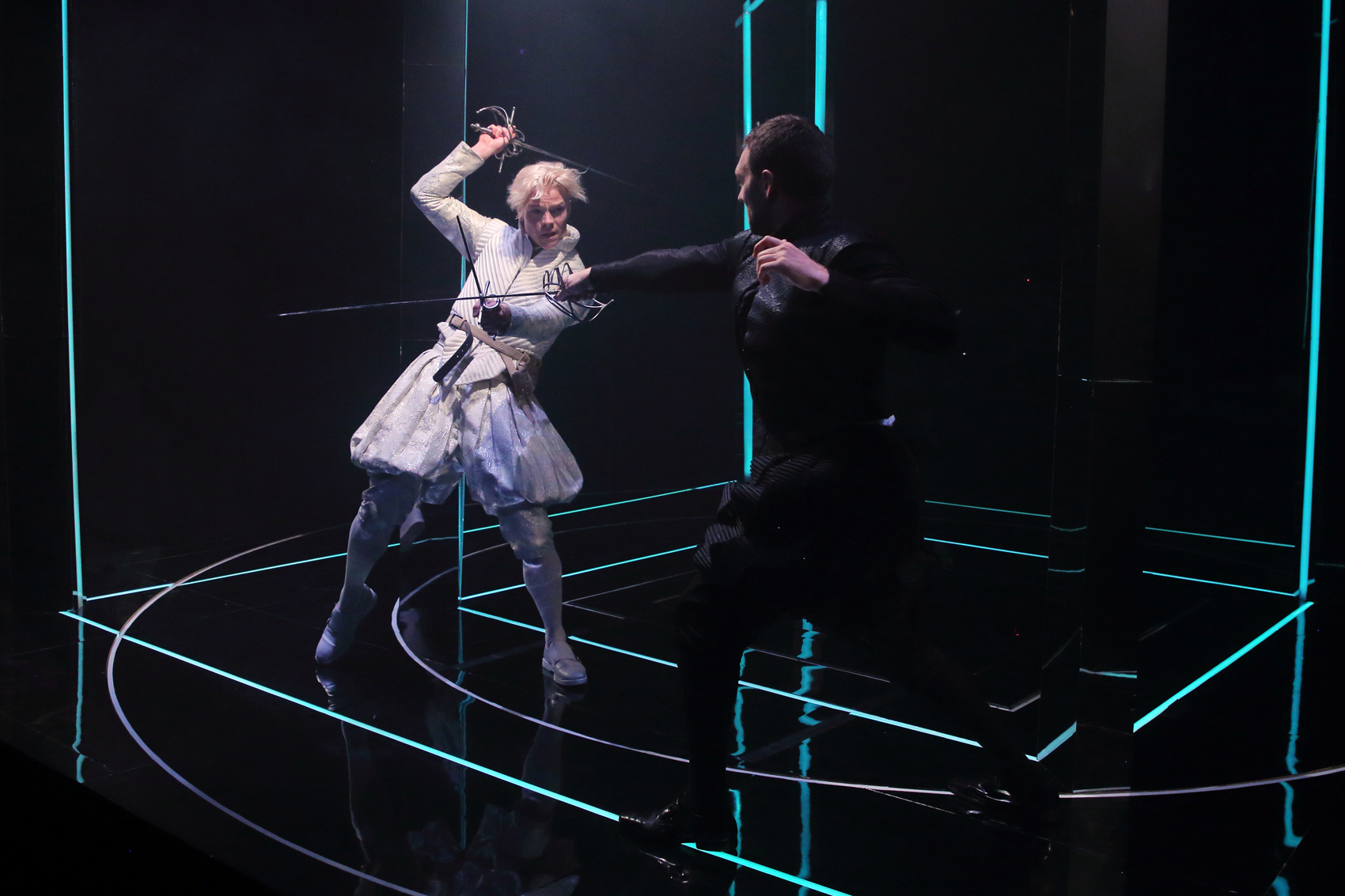 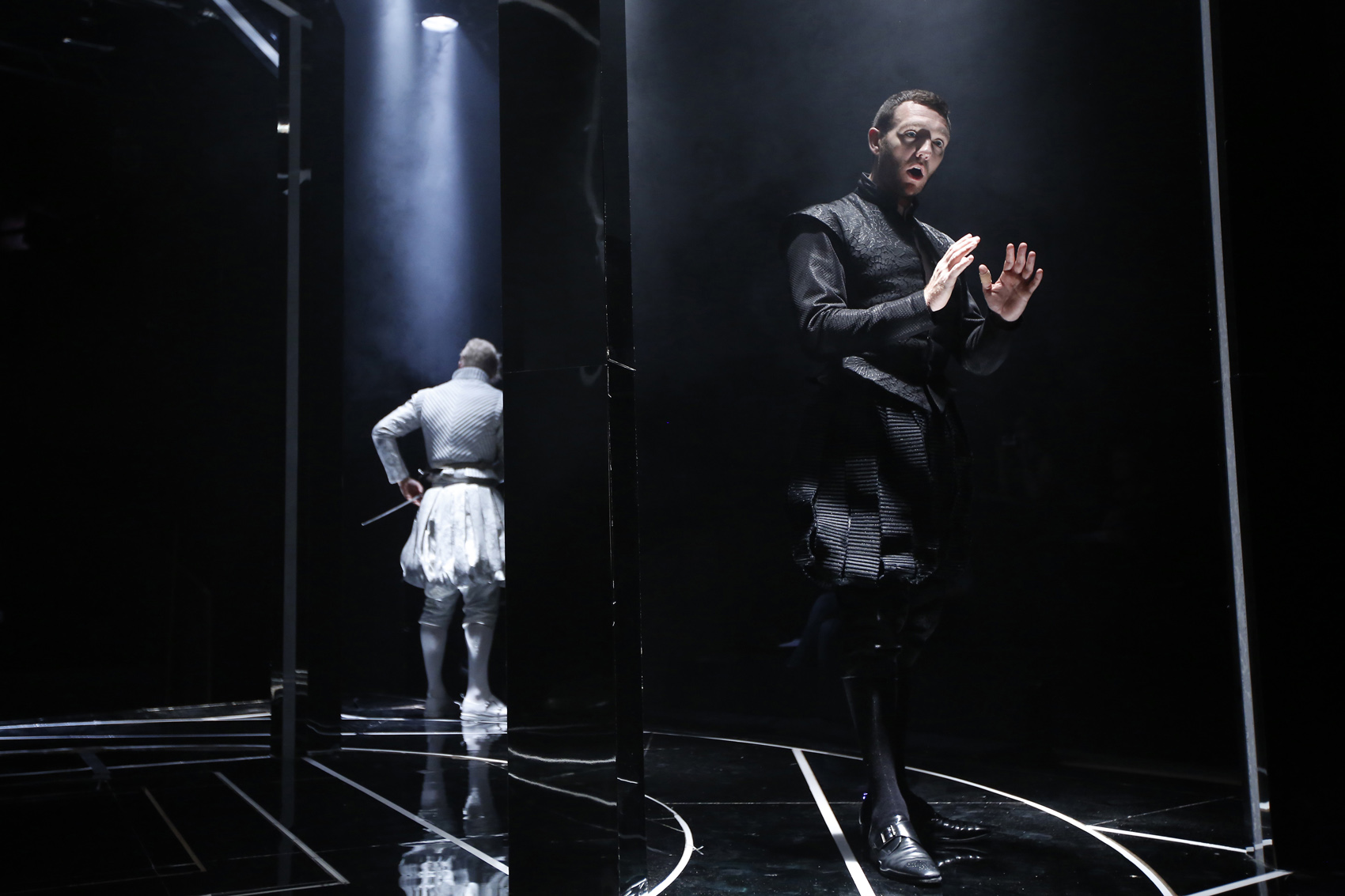